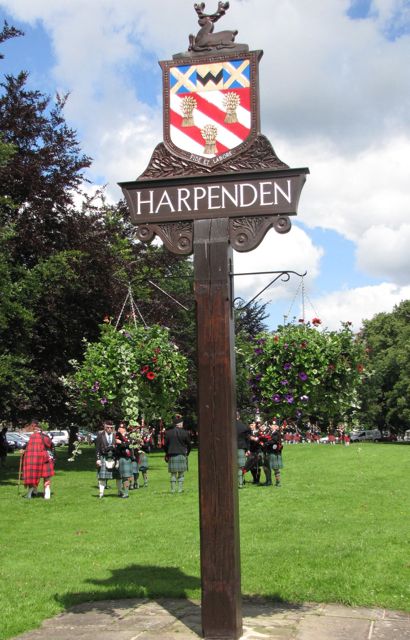 The Environment Group has a wide remit ranging from maintaining a close connection with LADACAN,  the residents' group concerned with the impact of an ever-expanding Luton Airport,  to pressing Local Authorities into maintaining the pleasant ambiance we expect (and pay for!). For some time, this 'Group' has been a 'one-man band' but we would welcome others to join,  not only to widen the area occasionally visited (ideally walked by),  from the Southdown/High Street area of the present incumbent,  but also to broaden our concern into e.g. the use of Tree Preservation Orders (TPOs) to preserve a particular view or setting.

In parallel with the above, there are actions individual members can take, as outlined in a recent newsletter and repeated below (and for simplicity, mainly only phone numbers are given so all have access & to simplify, hopefully,  explanation of the problem - but best to avoid Monday mornings):

Finally,  some unsightliness is outside the various Councils' responsibilities,  such as the often scruffy appearance of unoccupied premises, which may be waiting Planning Permission,  where the owners would need to be contacted;  or Network Rail regarding litter in Station Approach.


Society's response to the February 2021 Consultation can be downloaded by clicking here.

Any community can quickly look uncared for if the local authority fails in its duty to council tax payers by allowing litter bins to overflow, gutter drains to get blocked and other maintenance-reliant issues to arise. Alas, our local public services continue to fall short of most residents' quite reasonable expectations. And the Harpenden Society duly encourages its members to maintain a watchdog role by reporting matters to the relevant authority. Herts County Council (phone 01300 123 4047) is responsible for highway matters (notably potholes and streetlighting faults - though these can also be reported on-line via the Herts CC website).

Other publicly-accountable environmental shortcomings should be reported to the SADC/Veolia St Albans District call centre on 01727 809019.

Any review of environmental issues in Harpenden must, of necessity, include Luton Airport and its iniquitous plans for a further near-80% growth in passenger numbers. The concomitant increase in frequency of flights and  accompanying noise disturbance, along with the inevitable rise in aircraft and road vehicle climate-change and pollutant emissions locally, make the expansion totally unacceptable.

The Harpenden Society has accordingly registered its unequivocal opposition, in alignment with residents groups such as LADACAN.